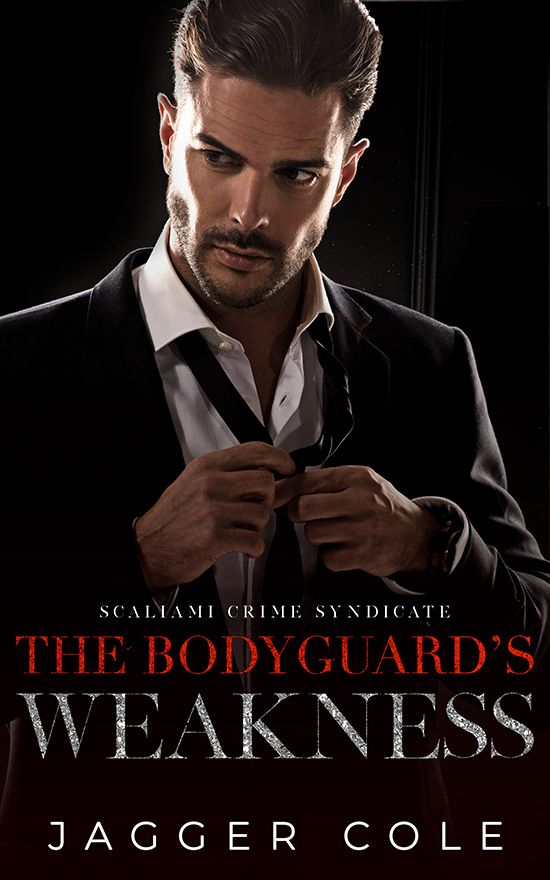 The job is just three simple rules: Protect the mafia don’s granddaughter, make sure she has whatever she needs, and don’t go to bed with and wake up accidentally married to her.

On second thought, there’s a chance those rules aren’t so simple after all…

I’ve worked and bled my whole life to get to where I’m at as a captain in the Scaliami Syndicate. I’ve pulled no punches. I’ve suffered no BS, not from anyone.

Now, I’m supposed to play bodyguard to a gorgeous, innocent, and very much off-limits mafia princess during her trip to the States. Lucia Scaliami is out of bounds, ill-advised; verboten. Not to mention, betrothed to some other mafia don’s a-hole of a son.

Looking at her could cost an eye. Touching her could destroy an empire.

I’m supposed to be keeping her safe. And I’m pretty damn sure I’m not supposed to wind up in bed and in-matrimony with her.

Now, what happens in Vegas isn’t staying there. It’s coming home on her finger, and it might very well put me in the ground.

But I don’t care. I’ve seen what I truly want from this life. And I’ll be damned if I let her get away from me.